(An imaginative and fictional article)

Population explosion has always triggered panic among the scientists and governments regarding human population outburst on earth. Even though it is a known fact that earth has its own specialities in supporting life, science and technology has grown to such an innovative extent that a mini chamber over the size of an average room can be created in some uneven planet wherein humans can avail the basic requirements to lead a normal life. Researchers say that the day is not far away, when the earth’s population explodes and humans would go in search of land, beyond the earth, and it is happening for real !

Let us say that we would go to moon, the earth’s natural satellite. Atmospheric temperatures that go several degrees below the freezing point and rise up to roasting temperatures, irregular landscape with deep and dark craters, miles and miles of land without green vegetation and sign of life. Above the head rotates the earth, a beautiful big blue ball with irregular white and green patches. The humans in moon would call their day as ‘full earth day’ like we call ours as full moon day. One would wear a spherical glass tank covering his head for  easy respiration and look as fat as a jersey cow. Thanks to the zero gravity in moon that keeps them free from doing any hard work like lifting and pulling, even walking. But the high cosmic radiation would be a real culprit when it comes to health related complications. Humans would start building cities and towns under huge glass chambers and start leading an ultramodern life after ages of work.

A visitor from the Earth arrives to see the technology upgradation in the moon. He shares with them the pathetic situation of life at earth and welcomes them to visit their ancestral planet. Earth by now has become a dump yard of electronic and plastic wastes, governments fighting for water and territories, and people walking down the streets with hunger and diseases. All the water sources are polluted with toxic wastes making them unfit for domestic uses. List of endangered animals break the limit and humans become merciless to slaughter wild animals. Things seem to go beyond control.

The humans from moon are astonished to see the interior of the ‘beautiful big blue ball’ that they saw from moon, their homeland. Sight of malnourished children and spreading epidemics diseases create in them a willingness to transform their ancestral planet. They try to set things upright, but the governments of Earth think them as intruders and deny them support irrespective of their creative and effective efforts to cleanse the earth. When they feel that nothing can be done to change the situation of non-cooperativeness, they return back to moon after erecting a monument at the space station.

The monument they erected portrayed man’s various stages of scientific and technological development and the last stage showing a little child pointing its forefinger towards the sky straight above. Below the monument was carved a permanent brief note and an address. It said,

“WE LEARNT ALL THOSE, THAT WE SHOULD NOT FOLLOW “

Gravity is one of the supporting reasons for the presence of life on earth. Scientific studies reveal that the earth’s first living organism evolved in water and later on after thousands of years, life started to brink on land mass. Without the gravitational force, water would never look the way in sea and ocean, but be compiled of millions of visible water bubbles of different volumes and masses wandering inside the earth’s atmosphere. Collision between the bubbles would have resulted in constant change of volume and its other properties like internal pressure and chemical equilibrium, thereby assuring unfavourable condition for the growth of cells and hence a planet free from living organism. Tactics would have been adopted after many years to withstand and resist the unfavourable condition for the growth of cells inside the water bubble. Forming a protective layer or hard shell to withstand the unfavourable conditions might have been a viable way, if so.

At present the stable form of life on earth is largely supported by the gravitational pull towards the earth’s core and therefore all living organisms bind within the laws of gravity. Any material working against the gravitational laws tend to escape from the earth into outer space, provided the velocity of that material satisfies the thrust required. It is these laws that are violated for rocket propulsion and space journey. Similarly any body mass passing near the earth in outer space is pulled into the earth due to the gravitational force. The body travels towards the earth’s surface at extremely higher speeds generating great amount of heat at the surface of the body. Temperature of the body mass rises to an extreme, causing the body to burn into ashes. This is the reason behind the long tail like structures or comets falling from the sky during night. However, large asteroids entering the atmosphere of earth would prove fatal for human settlements as the time between its entry and reaching the earth’s surface is insufficient to burn it off. This can also be seen as a misfortune of gravity.

Gravity has its application in our daily lives also. A person lifting an object weighing 10 kilograms has to apply equal force against gravity to lift the object. Similarly a shopkeeper weighing one kilogram of rice has to balance the weighing machine by placing one kilogram of weighing bar on the other side. A flying bird has to put on equal thrust to propel itself, so as to prevent itself from falling down.

This is the story of gravity in earth. Other planets in our solar system have their own altered words of gravity to speak. After all, the complete universe stands at the tip of gravity. 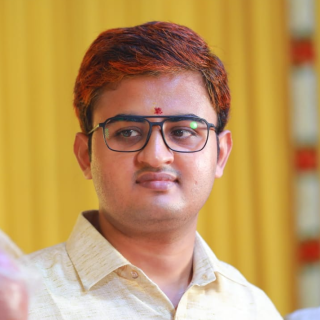